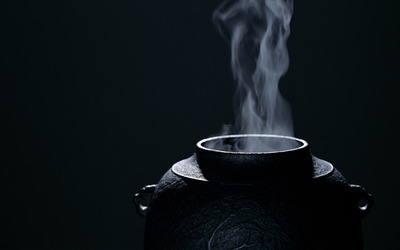 Once upon a time in the ancient Sidhe of Ireland, there lived a fatewatcher who could divine any fortune, tell any future, and reveal any past. The Fatewatcher of Sidhe was rumored to be the last surviving worshipper of the Old Religion that wrote it’s name by Ogham’s lines.

When I visited the ancient resting place of the Falias Stone in Ireland, I was not the only tourist in attendance. Despite it being a rainy day, gray and gloomy like so many of Ireland’s Februaries, I had a nameless companion. She was a girl child of perhaps nine or ten years with brown hair the dark richness of honey. Her eyes were a dark chocolate brown flecked with gold, and she carried a thermos of hot tea to keep the chill of the day at bay.

As I stood there, staring at the flat block of stone that had once been rumored to roar as a lion when a true King placed his feet upon it, the girl approached me and poured me a cup of her tea in the cap of the thermos. I remember the smell of that tea to this day; the sweet aroma of lavender mixed with the bitter scent of holly. I drank out of politeness, thanked the child whose name I did not ask, and gave her both cap and the umbrella I had been using to keep the drizzle away. The cold felt good against my skin, then heated with embarrassment. I had wanted to believe in the ancient tales, believe that the stone and with it, all the legends were true. But when I stood there, there had been no magic; only a rock, weathering in the ground and gray.

The child watched me, I remember, as I walked away, hands in pockets, eyes on the grass. She watched me under the umbrella, and I feel her eyes still on my back. I wondered at the time if she was a message from God; I mused that her offered cup of tea was like forgiveness, and the warmth that it seeped into my chest was God’s gentle reminder that he loved me.

I returned to the small family-owned Inn where I was staying locally. It was the last jaunt of my trip and I would be returning soon to another life, another part of the world; and there I would remain. I sat on the little twin bed, staring out the diamond-plate glass at the rain, at the gray day, and thought of all the things in my life from the first memories of my childhood to the wicked regrets of my adult career. I had hoped to meet the Fatewatcher at the stone; surely one powerful enough to see future, past, and divine the present could live forever. I had hoped the Fatewatcher could tell me what I had done wrong, why I was dissatisfied, why no days held contentment and no future ignited fires of hope or anticipation of joy. But I had been greeted only by a rock that resembled a tombstone.

I resolved to leave my sad little room and went down to the little tavern run by a fat old man with large spectacles and a balding forehead of salt-gray and red hair. He was polishing glasses and chatting in gaelic with another old man sitting at his bar. I listened, admiring the smooth sound of the language. Something about the rolling brogue struck me as more beautiful than a shakespearean sonnet or the lights of a wild, spiralling firework.

He looked up at my entry and I sat near the fireplace, burning warm and dry. He didn’t even ask me what I wanted to drink but brought me a small glass and a bottle of crimson-tint whiskey. I poured the first glass, swirling the liquid, admiring it in the firelight, as all my wicked thoughts centered within the neat liquor.

I quaffed it down with a decidedly unlady-like swallow and poured another. By the fourth glass, the gaelic was louder, and the fire was brighter. By the fifth, I had made my decision. I reached into my shirt, pulling a plastic bag from where it was tucked inside the lining of my bra, and drew it out. Within were the dozen tiny white pills with the small fish logo printed on them. Pills, I thought at the time, so much quieter, so much cleaner than a shotgun blast or a knife edge. I dumped them into the palm of my hand and swallowed them back, chasing them down with that fiery liquid that tasted like smoke and inhaled like flame.

I sat there, empty bottle, empty glass, empty bag, watching the fire dilate and draw, watching the logs crumble to ash. I wouldn’t return, I resolved in the silence, I would not go back to that Waltz of Oblivion, passing time whilst going nowhere. I had no destination in mind, no pleasure to seek, nothing left but the keeping of my own time.

The old bartender came over with a glass of water and smiled at me. Such a nice smile, friendly, full of the wrinkles that marked a life not necessarily pleasant, but one that had been put through those tests of character and emerged more handsome than the innocent that had been borne. His face was no blank canvas, it had been torn, mailed, ripped, restored, and lost at sea and the warmth in his smile, in his rolling rich baritone voice, was that of the fire.

“Can I get you anything to sup on, Cailin?”

“Black Tea.” This order had not come from me. The words had been voiced by the same child I had seen at the Stone, and she sat across from me beside the fire, the light of it catching the gold in her eyes and wet hair as she set my old wet umbrella beside her chair.

“Right’away,” the bartender turned and returned to his station and companion as the little girl picked up the plastic bag and folded it into the pocket of her jeans.

“How long do you have to talk?” she asked me, and she leaned forward as though we were secret agents meeting to pass on the dangerous plans of high-power enemy states.

“Five maybe ten minutes,” I said, undisturbed. I was languid, drowsy, and disappointed; and of the three symptoms, it was the disappointment that was sharp and prominent.

“Do you regret it?” she asked me, looking at my empty glass.

“I regret everything,” I told her dramatically, and then, quieter, I said, “and nothing.”

And I shook my head.

“Why did you come here to die?” she asked, twisting her hair near the fire, letting the water run onto the floor. Steam was rising from her jacket.

“Seemed like a nice place,” I thought better of the words as I said them and leaned forward to say, “I didn’t give it much thought, but I’ve become selfish like that.”

The disappointment stabbed and twisted. I had failed my whole life to live, and now I was conceding in the face of a future I didn’t want. The bartender returned with a mug of steaming water and a small triangle-shaped teabag full of dark looseleaf tea. The girl gave him a polite thank you and he returned to his conversation and she returned to steaming her jacket.

“You don’t have a choice now,” she said as she began steeping the bag in the water. “You’ve made your roll, so now there’s no going back. No one could get here fast enough anyway. So if you don’t regret it, that’s good, because there’s nothing you can do about it now. But I’ll keep you company until you nod off.”

I nodded my thanks and resumed watching the fire, smelling the smokey aroma of her tea, listening the sound of the bag stirring in the water, the laughter and sound of gaelic from across the room.

“Can you see the future?” I had asked the question aloud without intending to ask it at all. But this girl was young and pretty, she had a confidence that belied her years and an attitude impossible to describe here. All I can say is that she seemed wise. She looked up at me and I added, for the sake of manners, “I mean, do you know what you’re going to do when you’re grown up and an adult?”

“When does that happen?” she asked. I had no answer. I never felt like a grown up, I just felt older. I pondered her question; when was a person an adult? When they could drink themselves into unconsciousness? When they could wake from that drunken torpor and still make it to work and function? When they swore off all the bad habits of their twenties and started a family, and then continued the bad habits? What age was appropriate?

“I am all ready doing what I want. I walk, I drink tea, I talk to whomever I please and do whatever I can. Isn’t that enough?” she drank her tea and I made no motion or answer. It hadn’t been enough for me.

“Continuing without continuing,” I muttered, feeling a wave of euphoria followed by a wave of cognizant dread. The drugs and alcohol were stirring like a dragon in the guts, raising its head to set fire to the brains.

“Saving a place in line for when you decide what you want to do,” she answered me. “That way you don’t start at the back of the line, but ahead…it’s not much of an advantage, but it can win the game depending on how you play and what the prize is.”

She didn’t understand and I didn’t have time to explain. I was dying right there in a small Inn’s pub in the middle of Nowhere, Ireland. I was dying and I still couldn’t rouse myself to care, to feel anything except that disappointment, discontentment, and blankness I’d suffered from for the last thirty years of my life.

“I wish I could’ve had a friend like you,” I said, shutting my eyes and watching the light of the fire through my eyelids. “I wish you could’ve been there to see like me and live like me, that way you’d understand why I did this, and why it was meant to be.”

There. That sounded like what the Fatewatcher would have said.

“Why should I care?” she asked, and I opened my eyes. They were heavy, my head felt swollen, my tongue was like lead and mouth like cotton. She was drinking her tea with that attentiveness of wisdom. I watched her a moment and then slowly reached out to brush the very edge of the mug she drank from.

Inane last words. Ridiculous. I was disappointed even with how I was dying. I had wanted peace. I had received a child with too many questions.

“You should leave,” I told her, “you shouldn’t stay to see me off.”

“You said you were selfish,” she reminded me, drinking her tea. “Selfish people don’t care who see’s them. Besides, I have nowhere to be.”

“Children shouldn’t be faced with the dead.” I shut my eyes, this time I could see nothing. My heart was in my ears, the dragon was in my throat, clawing upwards. I had moments left.

“Would you like to taste this?” The girl had stood and her small hand took mine as she raised the mug to my lips. The scent of it was familiar, heady and rich, and the taste was smooth. I drank, then sighed, then died.

This site uses Akismet to reduce spam. Learn how your comment data is processed.